Skip to content
Once again, panic runs rampant in the headlines of the financial world. Describing and understanding this market contraction proves difficult due to the sheer number of variables at play: the FED open market operations, interest rate hikes, Omicron, and the perceived overvaluation of high growth companies, to name a few. With that said, GDP numbers and earnings releases have been generally positive news – so why the drop in the markets? Let’s take a look at one of the variables that many people are pointing: rate hikes.
Interest rates increasing, at least in theory, devalues equity and outstanding bonds because the new higher-paying bonds are more attractive in comparison. Rate movement usually affects higher projected growth companies due to their capital costs. Obtaining capital and being highly leveraged poses more of a threat when you must pay back the debt at higher rates. Lastly, interest rates are an essential lever for regulators to pull to fight the threat of inflation.
All of these factors influence market movements, and exactly how they affect the investment environment is a discussion in itself. It is inherently impossible to accurately project the factors forward to predict the future. However, we can look at historical interest rate hikes and the market movements that followed them.
Before examining cases of particular time periods, it should be noted that we are reviewing interest rate hikes in a vacuum, separate from the multitude of other variables influencing the market’s behavior. Nevertheless, below are broad timelines of the FTSE US Market Index during and after interest rate increases. In each case, our hypothetical portfolio invested $100 into the broad market directly before the announcement of a rate hike.
1994: In early 1994, a rate hike cycle began – $100 invested at the beginning of the year would experience a string of rocky but flat months followed by significant gains, leading to a string of large gains and ending a 3-year period with a ~66% return. 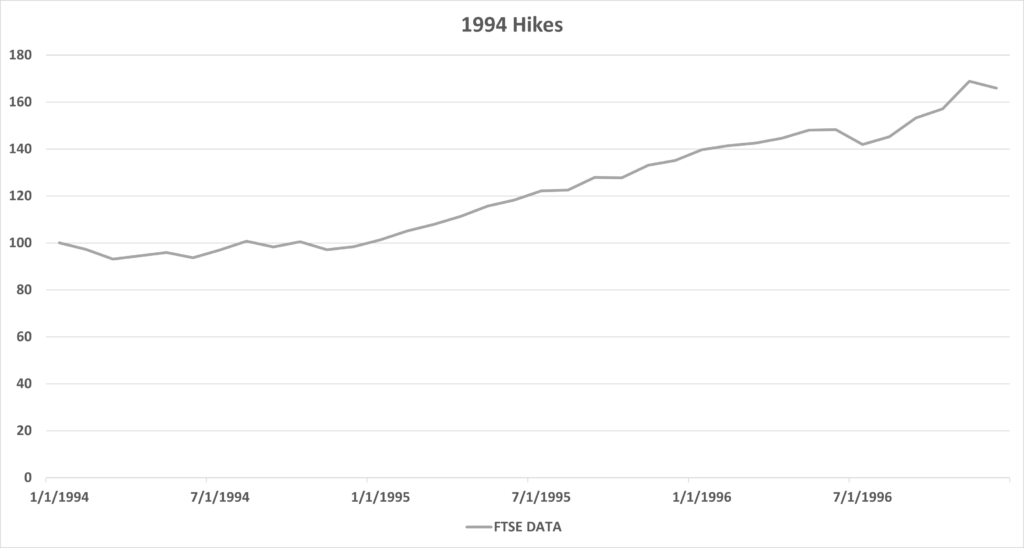 1999: Picking up right where we left off,  rates were again raised in 1999. The years following were difficult for many as the tech bubble crashed. We could take up your full day discussing the effects of this rate hike, whether it was effective or not, but this was a scenario with many factors at play. 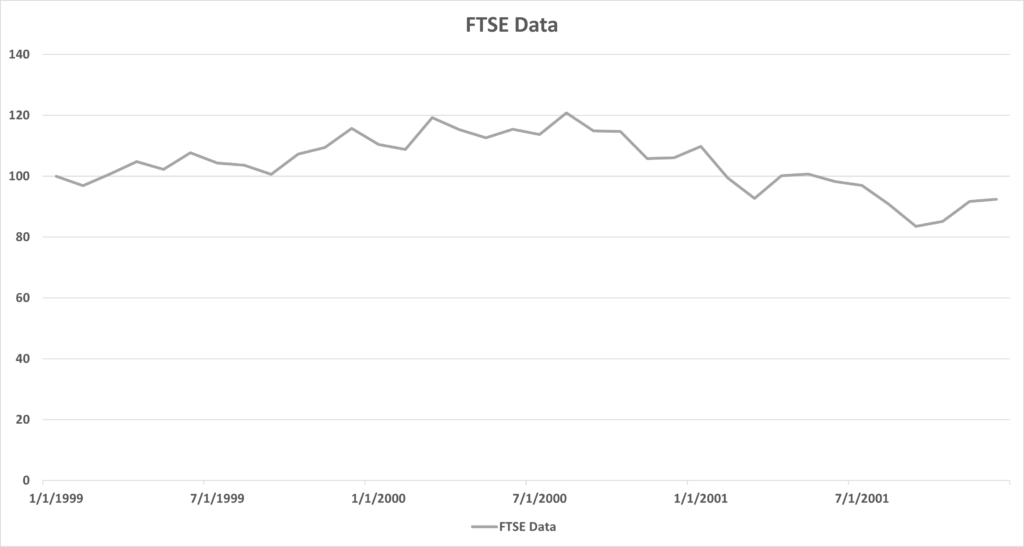 2004: Rates were slashed through the early 2000s to fight the tech crash effects, and in 2004, the FED began to raise rates again. US market performance was at its best of this decade during these three years. We now refer to this time as the “lost decade,” as the S&P had no net real return from 2000 to 2010.

2015: Post the Great Recession, we saw small rate increases in late 2015. Once again, after a brief dip, the market experienced a string of strong performance numbers up until the last raising of rates in late 2017 and early 2018. 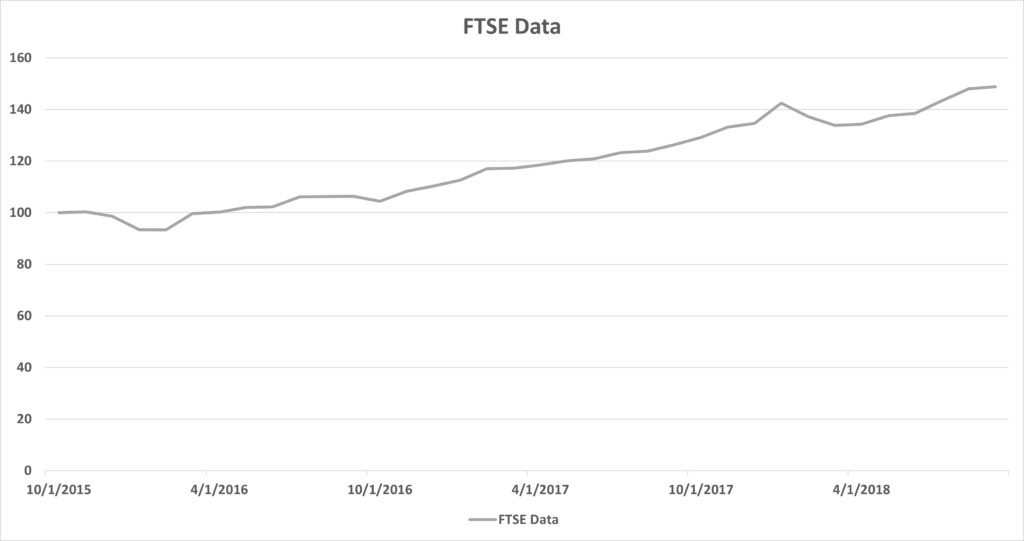 2018: These are the most recent rate hikes to date. As the pattern seems to indicate, in late 2018, the market encountered a small drop, followed by one of the best years in recent memory, 2019. 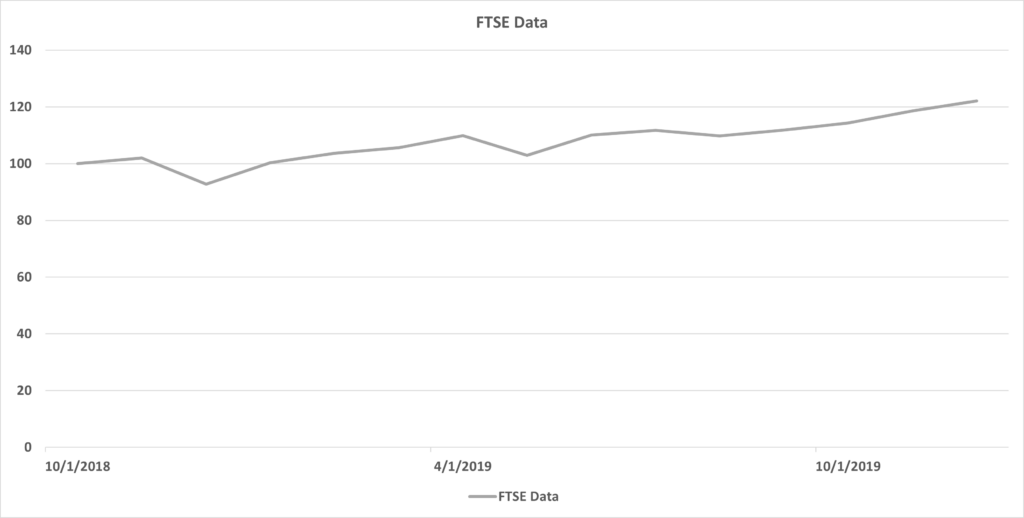 It is easy to see that rate hikes have not coincided with serious negative investment performance for wise investors. Conversely, we cannot say that rate increases cause good markets. What we can say is that the market increases about 75% of the time.
The most appropriate conclusion is that regardless of interest rate changes, the market has increased in value. In fact, as we have retreated from all-time highs, it is crucial to remember that new market highs happen often and continuously. Don’t allow short-term fears to affect your long-term probability of financial success.